WHAT DO YOU LEARN FROM CONTEXT? PROBING FOR SENTENCE STRUCTURE IN CONTEXTUALIZED WORD REPRESENTATION 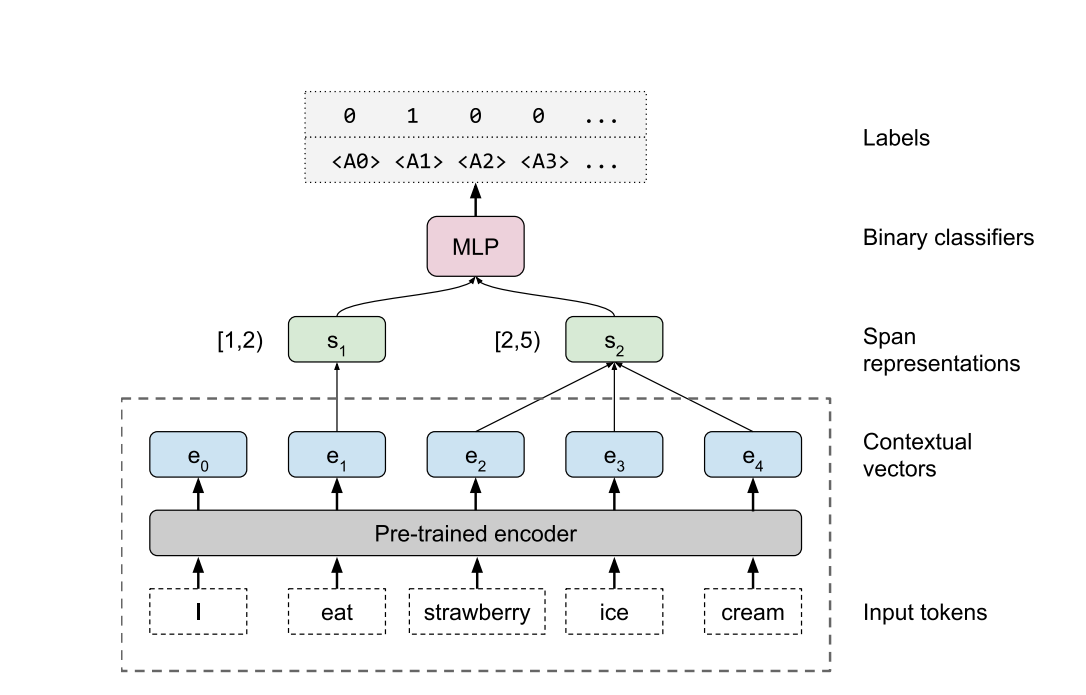 All parameters inside the dashed line are fixed, while we train the span pooling and MLP classifiers to extract information from the contextual vectors. The example shown is for semantic role labeling, where \(s^{(1)}\) = [1, 2) corresponds to the predicate(“eat”), while \(s^{(2)}\) = [2, 5) is the argument (“strawberry ice cream”), and we predict label A1 as positive and others as negative. For entity and constituent labeling, only a single span is used.

L to be a set of zero or more targets from a task-specific label set.

example:- The important thing about Disney is that it is a global \([brand]_1\)

Contextual embedding Vector and Integer spans as inputs, and Projection layer followed by the self-attention pooling operator of Lee et al. (2017) to compute fixed-length span representations. Pooling is only within the bound of a span.

How to get input embedding for Egde probing models ?

For CoVe, and ELMo, we are going to input embedding obtain by models directly and

For BERT and GPT (because of subword embedding) , Two methods for yielding contextual vectord for each token:

Encoding of syntatic vs semantic information

Orthonormal encoder improves significantly on the lexical baseline,but that overall the learned weights account for over 70% of the improvements from full ELMo.**

ELMO encoder propagates a large amount of information about constituent, most of it is local in nature.